The stone that's been living in the oven for years finally earned it's keep.  Oh, it's been used for the occasional frozen pizza or biscuits, but never a real live yeast-y dough.  And never at 500 degrees! I briefly wondered if our ancient oven might die, then realized that it wouldn't be such a bad thing, and forged ahead. Unbelievably, even the smoke alarm didn't object. Maybe I need to check it's batteries.

So here we go.  The recipe can be found on the host sites here or here.  And the links for the other participants are here.

Does everybody else "aerate" their flour with a whisk before measuring?  I learned this from a child in an elementary Montessori classroom. Yes, my kids had kitchens in their classrooms and they were always cooking something.  Really, who wouldn't want to go to a school like that?  It smelled wonderful. 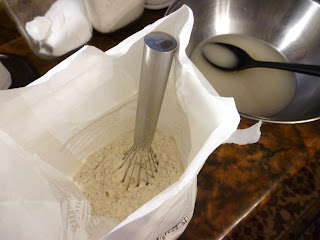 Called in reinforcements for that 10 minute kneading.  Thank goodness one of the young 'uns is home from school for the summer.

Here's a bit of the conversation that ensued (just in case you don't happen to have a teenage daughter in the kitchen these days):  "Why do you knead dough?"  "Well, it has something to do with developing gluten, with the way the yeast and the sticky flour particles combine."  "So you're adding air?"  "Not really."  "I wonder who first decided that you should smash it together and push on it like that".  "Good question. Wonder who first thought about grinding up grain and adding stuff to it and cooking it?"  "Hey, they're going to be filming the 2nd Hunger Games movie in Atlanta!"  "Really? We are SO signing up to be extras! Uh, who told you that anyway?"  "Janeen."  "Is Janeen a Hunger Games expert?"  "Not really. What does 'smooth and easy to handle' mean?" "Is there another way to interpret 'smooth and easy to handle'?"

Here's what was happening in the other room (on TV) and on the other side of the planet (in reality)... 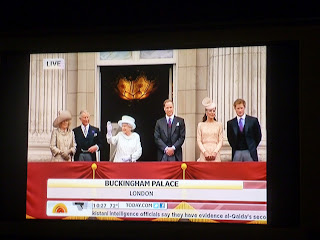 Did you notice my Diamond Jubilee tea towel in the previous picture?  I love it! But it does feel a little odd wiping your hands on the Queen's face, LOL! 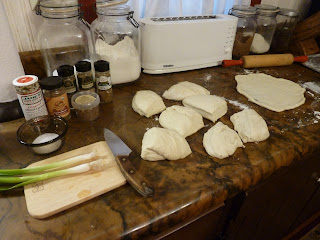 I stood in front of Buckingham Palace less than 6 months ago on a chilly December day. It was one of the most memorable days of my life.  But that's another story. 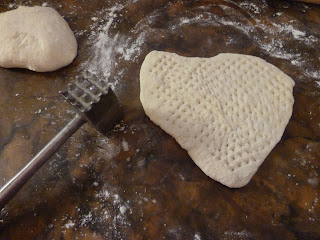 Do you know how different it is to see a place on TV after you've been there?  It's a 3-dimensional thing.  You know what it looks like in the places you don't see on the screen. Like you're actually there again.  That's why I loved watching the whole huge 4-day party. It was a vay-cay without leaving home! 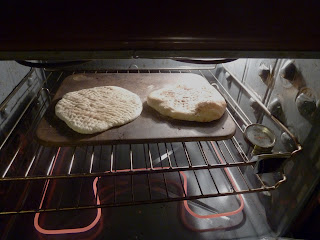 We tried several different combinations of toppings.  Caraway seed, ground cumin, chopped green onion, Za' tar (which I brought back from the Borough Market in London), Gram Marsala, Jane's Crazy Salt, and a couple with cinnamon and sugar.  Every one was a winner.  The young 'un even took some of them to a little pool party tonight. 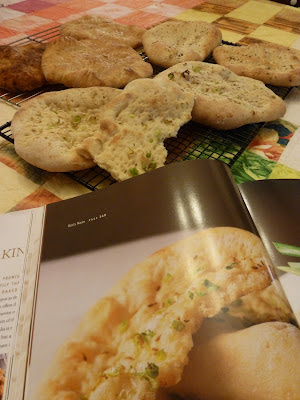 Hmmm, what's the right shoe for the Queen's Diamond Jubilee?  Well, of course!  Not exactly one shoe in the road, but how about TWO pairs of abandoned boots we passed on a sidewalk in London late one night?!?  Wonder if I could photoshop a little tiara in there next to them... 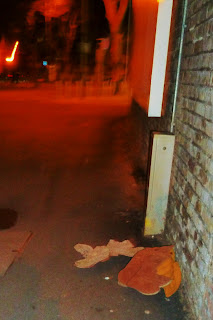