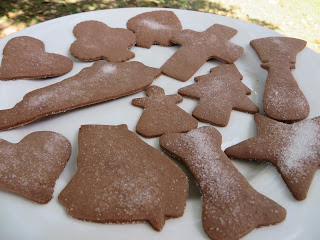 Seriously?
It's June already?
Obviously there's been some sort of anomaly in the space-time continuum.

I'm just going to jump on in.

This recipe popped up on the do-list.
And I had all the ingredients.
There was a video (this recipe starts about 5 1/2 minutes in).
And it was easy.

Apparently a miracle occurred during that wrinkle in time. 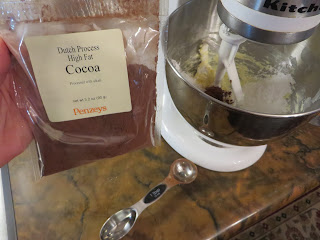 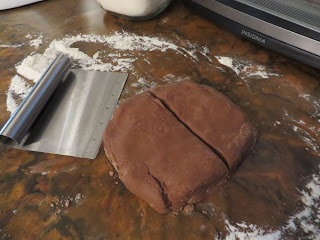 At this point, the dough has to be refrigerated for an hour.
By then it's hard as a rock and has to warm up.
One day I'll be brave enough NOT to chill it first.

In the meantime, I needed to make some detergent.
You heard that right. Detergent.
Been making my own for years. 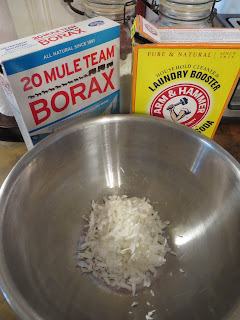 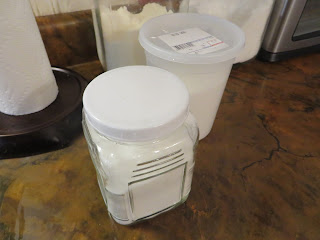 Mix together.
I use an old coffee scoop as a measure.
3 scoops for a large load in my high efficiency front-loader.
2 scoops for a smaller load.

That's it. Aren't you glad you came by?

Now that the cookie dough is too hard to roll, let's try it anyway. 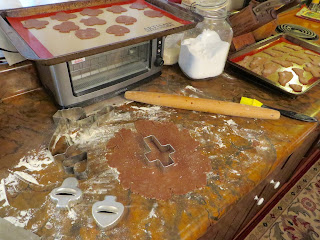 Didn't have a round cutter, but had a variety of others.
Everything from state shapes to Christmas
to my mother's old-timey "bridge club" cutters. 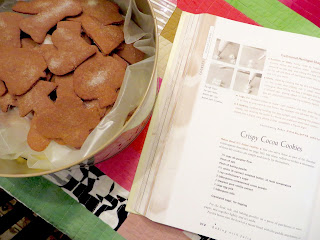 Thin crispy goodness.
Addictive.
If I added spices, I bet they'd taste like those IKEA cookies.
My daughter suggested coffee.
Good idea. With them or in them.
There are possibilities ahead.

The other Baking With Julia participants are here.

And here's a shoe. There's much to catch up on and a great many shoes that have crossed my path since my last post. But here's one I saw yesterday. At a bus stop. 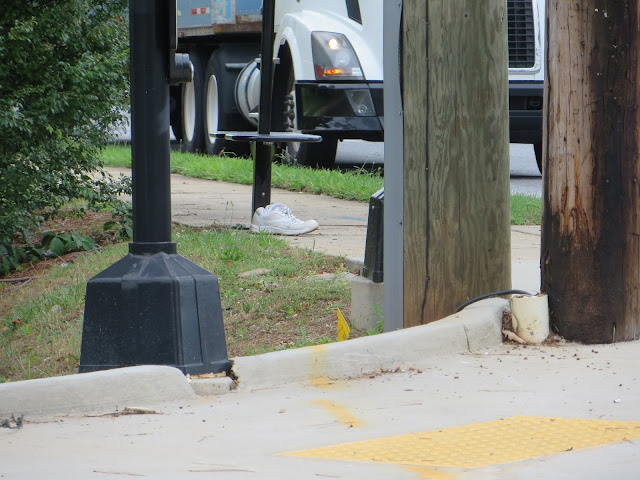