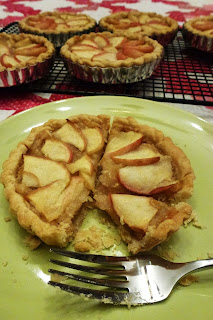 Woo-hoo, this was good! But not quick. I think that's really what this whole exercise is about. If I wasn't baking this for Tuesdays With Dorie, I would never have attempted it. Already have a perfectly good go-to apple pie - my mother's apple crumb pie. It never would have occurred to me to make something else. See how I'm stretching my wings? 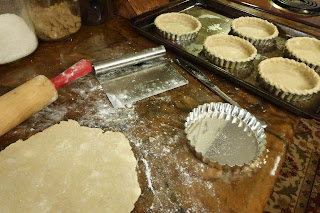 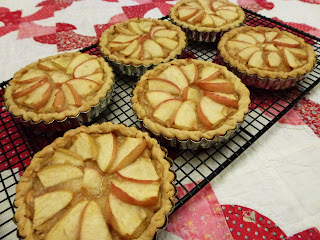 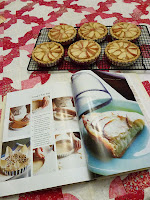 Didn't have a large tart pan, so I enlisted those cute little ones I bought for the Chocolate Truffle Tarts last year. I like individual servings anyway. And, half of one of these re-heated in the microwave for 25 seconds with vanilla ice cream is pretty close to heaven.

The recipe can be found here, and the other bloggers here.

Here's a shoe. We had a presidential inauguration this week, so here's one I saw on Jimmy Carter Boulevard. I know it's fuzzy. You'll understand if you know the road. 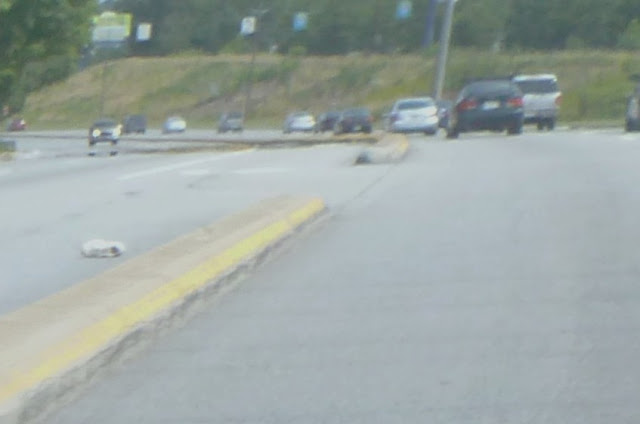 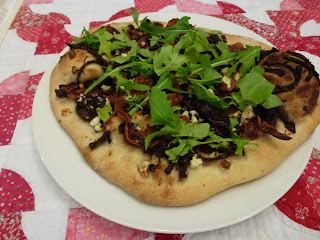 I've never made homemade pizza crust before. It was good. I liked the onions but was trying for something else and didn't quite get there. 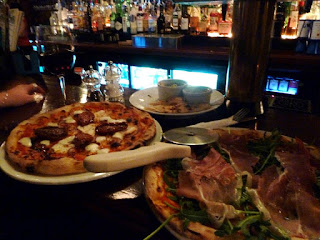 I was trying to re-create a pizza that I'd had in a London pub. The Libertine. Sitting at the bar on a chilly night, enjoying myself immensely. Don't be fooled by the jokes, everything I ate in London was unbelievably fresh and tasty. When my friend suggested the pizza "with rocket", I had no idea pizza could be so wonderful. The version I made wasn't quite the same (for one thing, I wasn't sitting at a bar with a stout ale) but I'm not giving up. I topped it with prosciutto and feta, however the onions threw things off. Should have consulted this picture first. Next time I'll try goat cheese and sun-dried tomatoes. It'll be closer, I just know it.

There were two serious catastrophes during the pizza-making process. 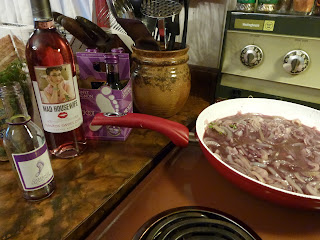 After the onions were in the pan, I realized that the recipe called for red wine in addition to red wine vinegar.  Somehow, I'd missed that in the read-through. Off I went to the store, where I discovered much to my horror that "Mad Housewife" wine was being discontinued. (I know, I'm such a connoisseur. I buy wine because I like the label.) The only bottle I could find wasn't red enough.  So I opted for some of those little bottles for the recipe, and the sweet pink for myself.

Second disaster - and this is a BIG one - here's what I found when I pulled the mixer from it's spot in the corner. 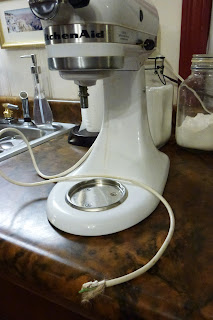 YIKES!  At the very end of our kitchen counter is a space where the kitchen butts up against huge logs from our front room, which is a 19th century log cabin. We've been hearing little scurrying noises, and my husband even sprayed everything with peppermint oil, which repels rodents. (Daughter said "it smells like we live in CandyLand!") We tried to be nice, we really did. But this is WAR! Anyway, in a state of shock, I used that energy to knead in the flour the old-fashioned way. It was fine. The plug has already been replaced by Mr Fix-it, and let's just say that there have been no more scurrying noises lately.

You can find this recipe on Paul's blog here, and the other Tuesdays With Dorie bakers here. 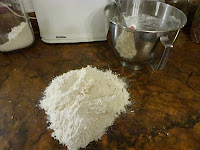 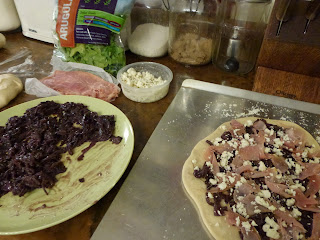 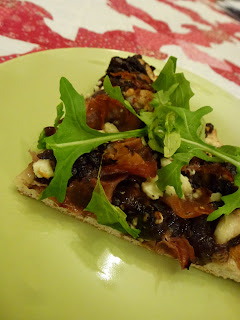 Since you've read this far, I'd like to ask for a favor.  If you're a praying person, throw one our way, OK? Or send good thoughts, or positive energy, or whatever works for you.  We've had a week of good news and bad news.  The good (and it is VERY good!) is that my husband had a PET scan that showed "significant improvement" in all areas, so the chemo is working! Hallelujah! Happy Dance! YES!  On the heels of that, however, there's been a bit of a complication. The side-effects of the chemo are increasing. This week he's been diagnosed with deep vein thrombosis and has a huge blood clot in his left leg. Starting on blood thinners and trying not to freak out too much. Certainly, this too shall pass.

And just for fun, here's a little video I ran across on facebook.  You'll have to watch all the way to the end to see why it's appropriate for this post.

Here's a shoe. Have a great week! 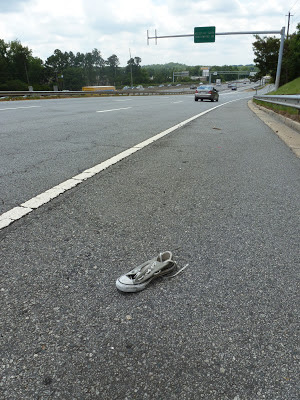