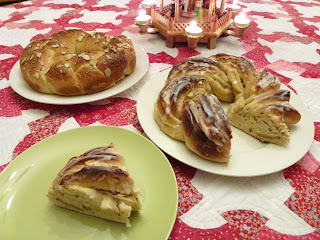 The world didn't end.  But just in case, I made the Finnish Pulla on Thursday (I know, I know - late again). It was good. And I was glad. Because who wants to eat something that's not good on what could potentially be their last day on Earth? 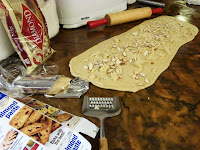 After seeing some suggestions in the P&Q (what DOES that mean?) I decided to make two small wreaths, one regular and the other with filling. The filling was shredded almond paste that I came across in the store next to the sliced almonds. Never used it before.  But I WILL be using it again. 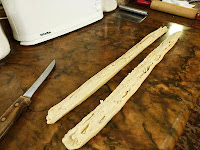 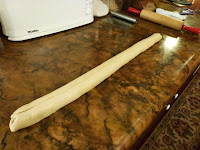 The kids were too busy watching two seasons of The Walking Dead to help with the baking.  But they were quick enough to descend on the finished product.


The recipe can be found here and other TWD bloggers are here. I wish you a very meaningful Christmas. May your heart be filled to overflowing.

The best shoe I can think of for this week is one I saw a year ago at the Christmas Market in Vienna. Yes, "lost soles" are an international phenomenon. 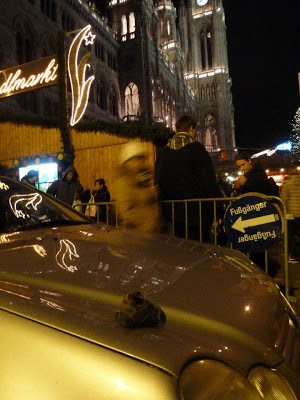 
For once, I remembered to watch the Baking With Julia video before baking! When I saw those little pans she used, all I could think of was Easy Bake Oven pans. And then I wanted some of my own. But I didn't want to drive across town in rush hour traffic, so *lazy* won out and I used a muffin tin. I did stop at the Home Goods store which is next to the grocery, just to see, and found some adorable little pans. However, they were in bakeware sets for children. In the end, I bought a couple of those sets for some little girls on my Christmas list. It worked out. 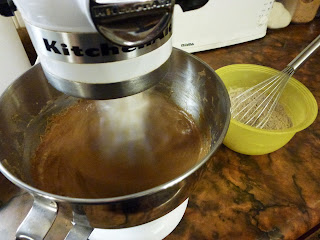 Don't know what I expected, but these were a bit... intense for my taste. Might as well face it. I've got a totally uneducated palate. To me, "gingerbread" means a cookie shaped like a person with raisin eyes and three red hot buttons down the front. The German Bakery here makes wonderful gingerbread men. Worth the splurge. Sweeter and milder than these cakes were. 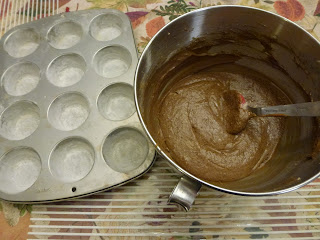 I wish I'd had a camera in my hand when my husband took a bite of one! Have you ever seen a baby bite into a lemon? Well, it was something like that. Now that I think about it, the dogs did the same thing when I tried to feed them the new chewable heartworm/flea tablets the other day. I ended up having to shove them down their throats.  OK, OK, I know, TMI...

These weren't THAT bad.  I split them in half, spread with lemon curd filling, and served with vanilla ice cream. Seriously, I could happily eat most anything with lemon curd and ice cream. The recipe can be found here, and the other participant's blogs here.

UPDATE: I took a couple of these to my neighbor and she thought they were the best thing ever (especially the lemon curd).  And they grew on me when I discovered how great they tasted with Bluebell Pistachio Almond Ice Cream! 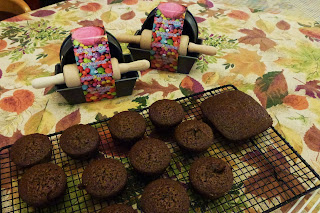 Yesterday I saw my first boot of the year.  Finally, the seasons are changing! (That's Stone Mountain in the background.) 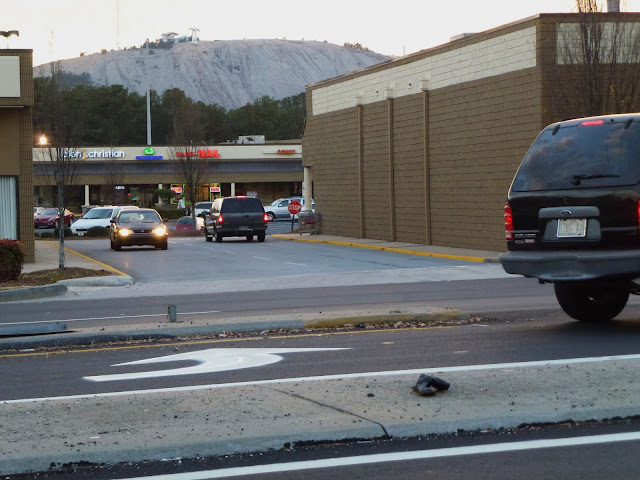 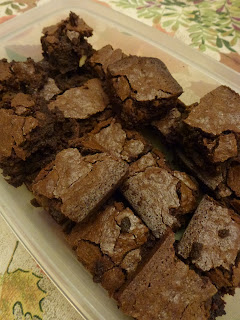 Like lots of people, we have our own favorite brownie recipe.  It's called "Susan's Secret". At first this recipe seemed similar.  But it was just different enough to be...  well... different. 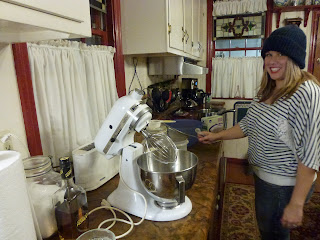 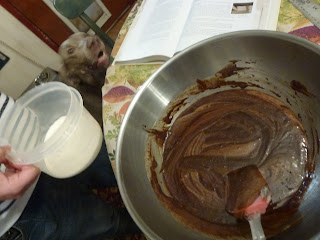 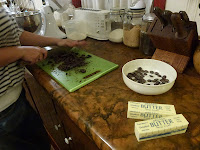 I shall now confess to a bias against real butter in brownies. In general I love butter. It's one of my favorite things in life. But when it comes to brownies, I want a cleaner chocolate taste. To me, butter has a flavor of its own that detracts from chocolate. So, I use margarine in brownies (quell horrors!). Yes, you read that right. However, I stayed true to this recipe, used real butter, and regretted it in the end. 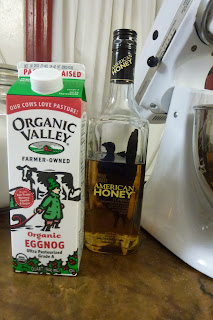 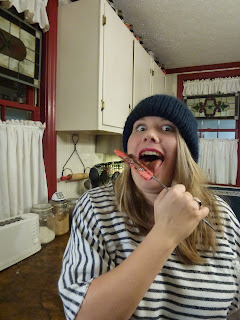 Had a heck of a time getting these things done. Baked them well past the suggested time. A knife came out clean, but after cooling and cutting, they were clearly still raw.  Don't get me wrong, we like underdone.  But these were just plain raw. So back in the oven they went, even though there was already a pumpkin pie baking. 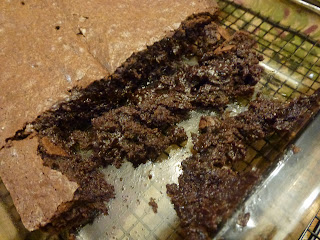 Eventually, they were done enough to eat. Pretty darn good, but I think we'll stick with Susan's Secret. 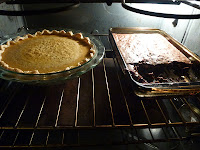 If you want to try the recipe for Best Ever Brownies, it can be found here. And the other bakers' links are here.

I was on the way to Home Depot to buy some wreaths for the church when I spotted this week's shoe in the road. Sitting there pretty as you please all by itself.