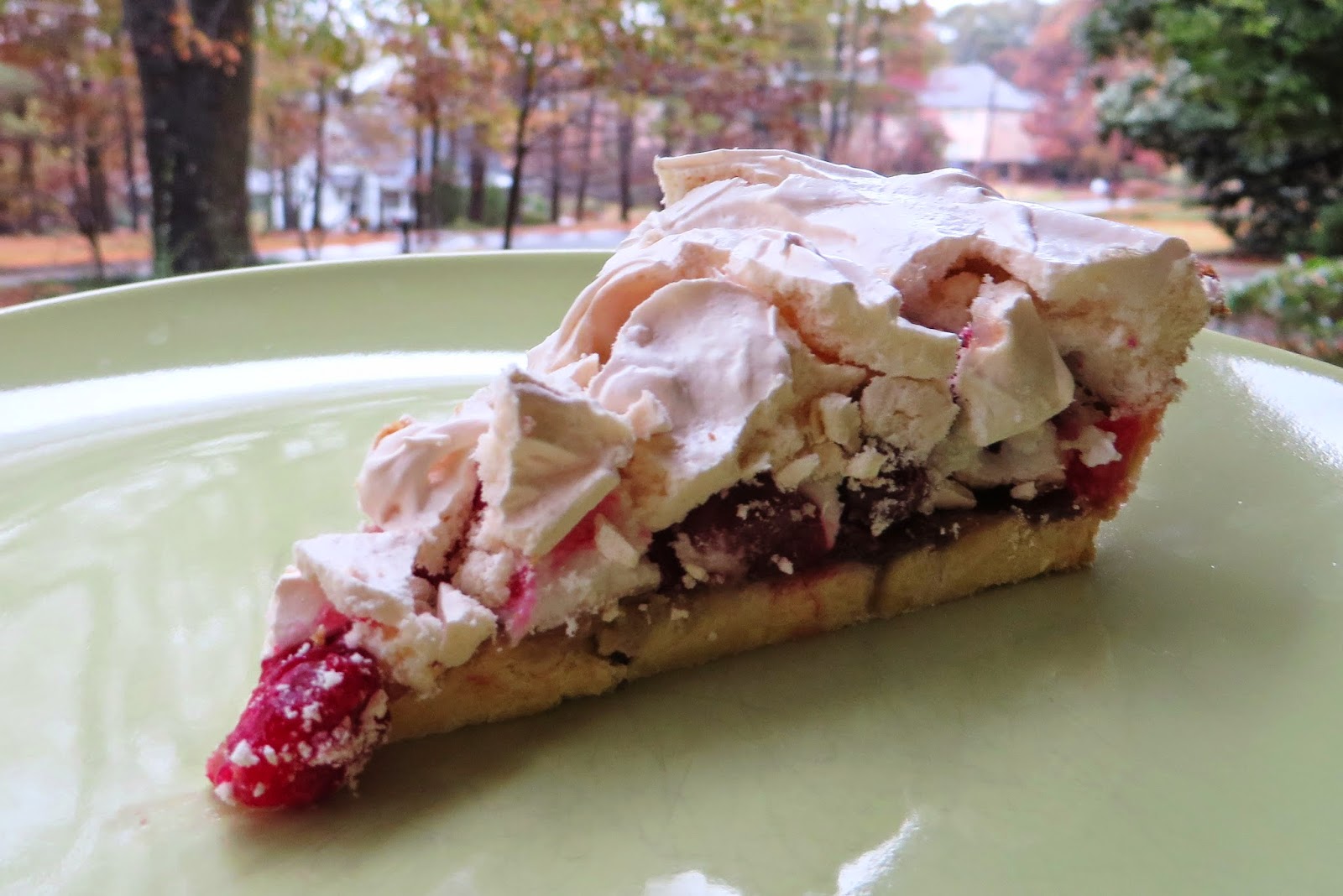 "Close your eyes and pretend to be in Paris," I said.
Ahhhhhh...

Yes, this was good.
Unlike anything we've had before.
Fantastic crust spread with jam and topped
with a crunchy cranberry-studded meringue. 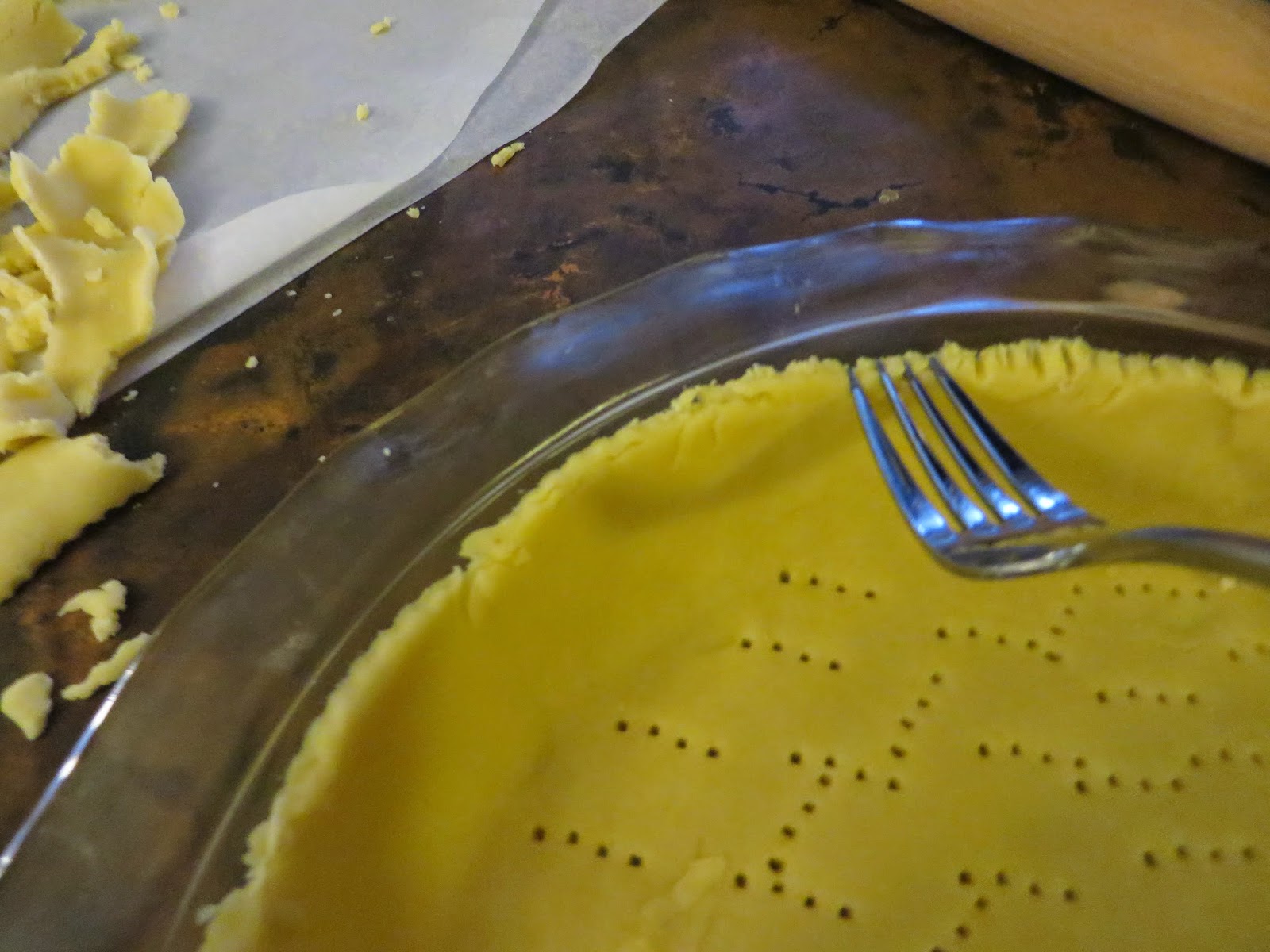 Equally important, it was a nice, light, prelude-to-Thanksgiving use for the excess cranberries I'm forced to purchase every year. My mother's cranberry salad recipe calls for a pound of cranberries. They only come in 12 ounce bags now, so I usually buy two and scale up. This year I didn't have to do that. 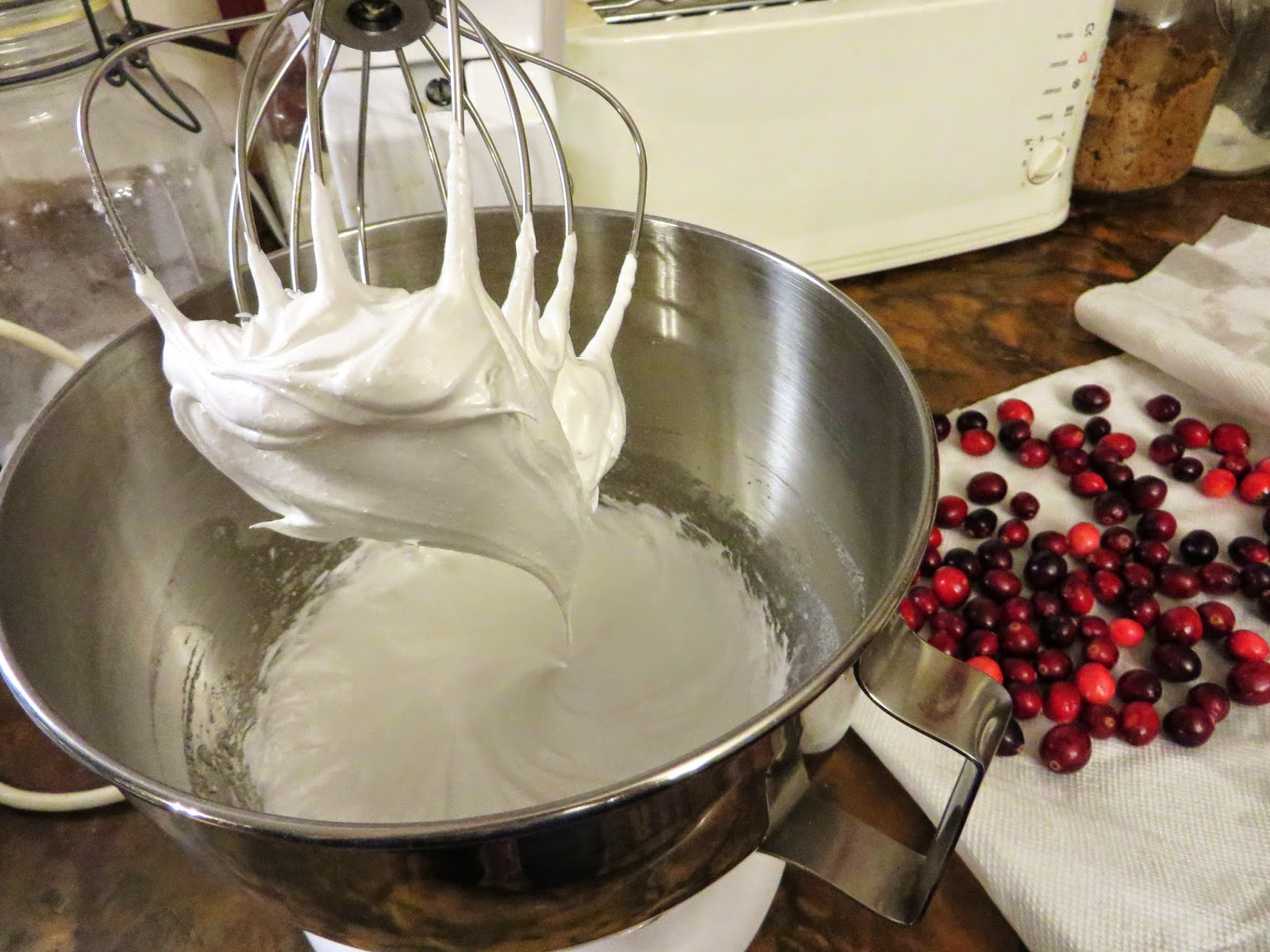 It's a special year for Mother's Cranberry Salad. I don't have that many cooking memories from childhood, but one clear memory is the grinding of the cranberries. We had a metal grinder that clamped onto our kitchen table, in fact there was a permanent dent in the table from the grinder's once-a-year workout. I haven't seen that grinder in over 30 years. 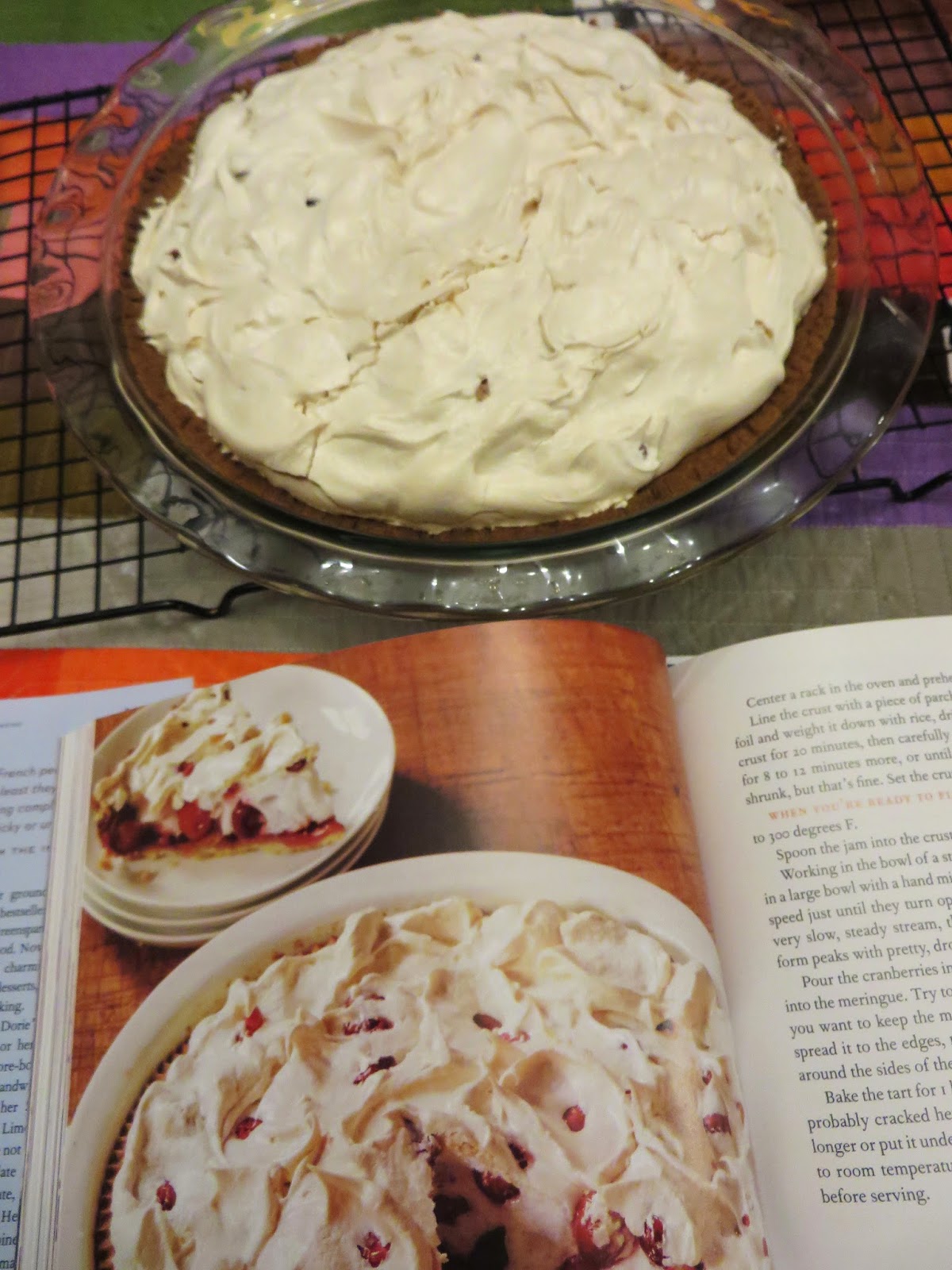 A couple of weeks ago, I was leaving the quilt guild meeting over in Marietta when I saw a small "estate sale" sign. For some reason, that sign spoke to me, so I turned around and went in search of the sale. Guess what I found? I couldn't believe it when I saw a grinder just like the one from my childhood! Best 6 dollars I ever spent. 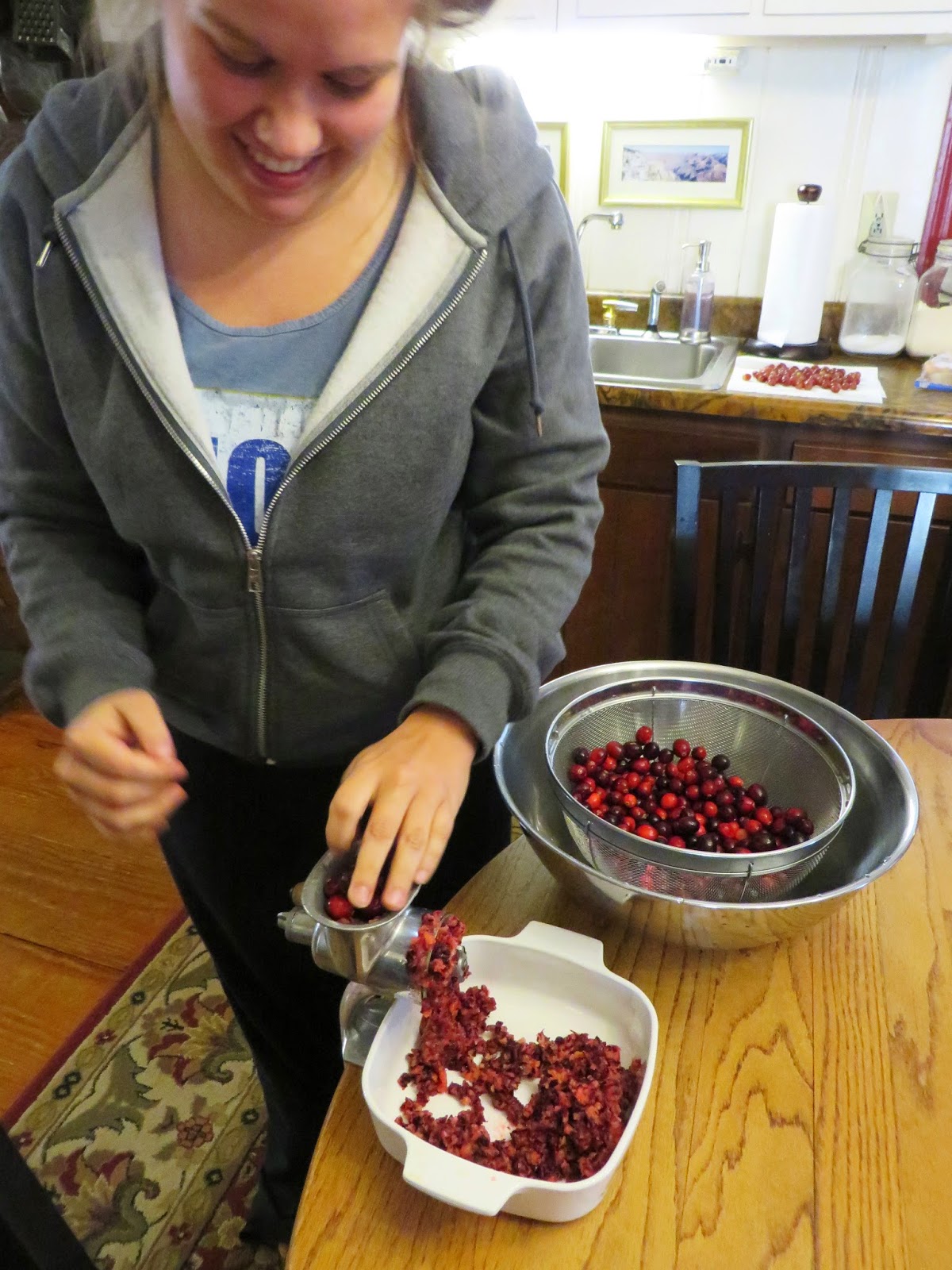 Today we put that thing to work. The ground-up cranberries have a different consistency than berries that have been run through a food processor (which was the only way I could make the salad for the past 30 years). What a pleasure it was turning the handle, watching those little orbs being sucked into the screw-mechanism and emerging from the holes on the front as a deep red slurry. This time I had a daughter with me instead of a mother. The beat goes on. My cup runneth over. And just as we were finishing up, a flower delivery came from my sister. It was almost like she was there too. 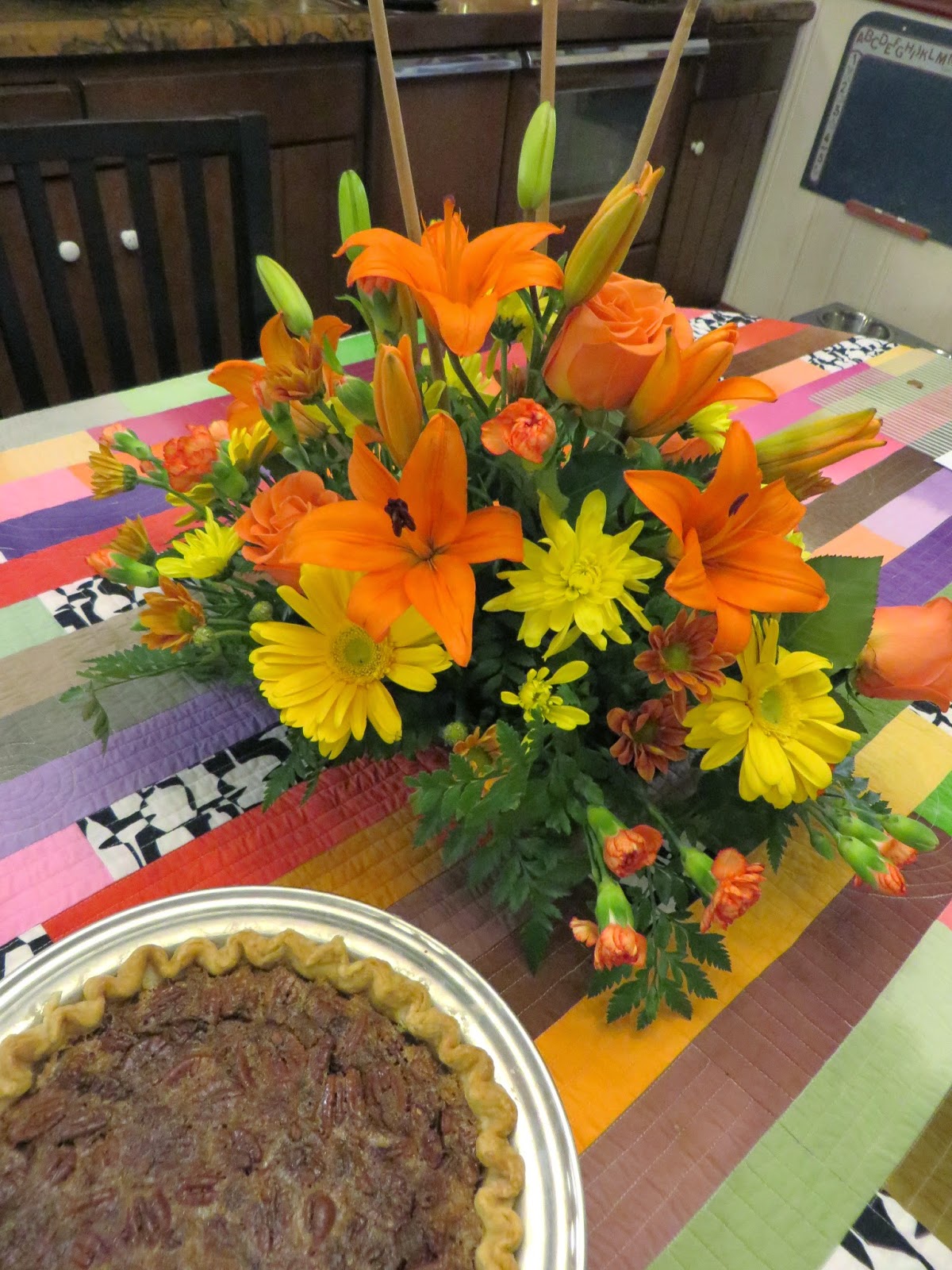 The other Tuesdays With Dorie bakers who made Cranberry Crackle Tart can be found here. The recipe can be found in Baking Chez Moi. It's a fabulous book. We've only just started baking through it, so now would be a great time to join in if you're interested. 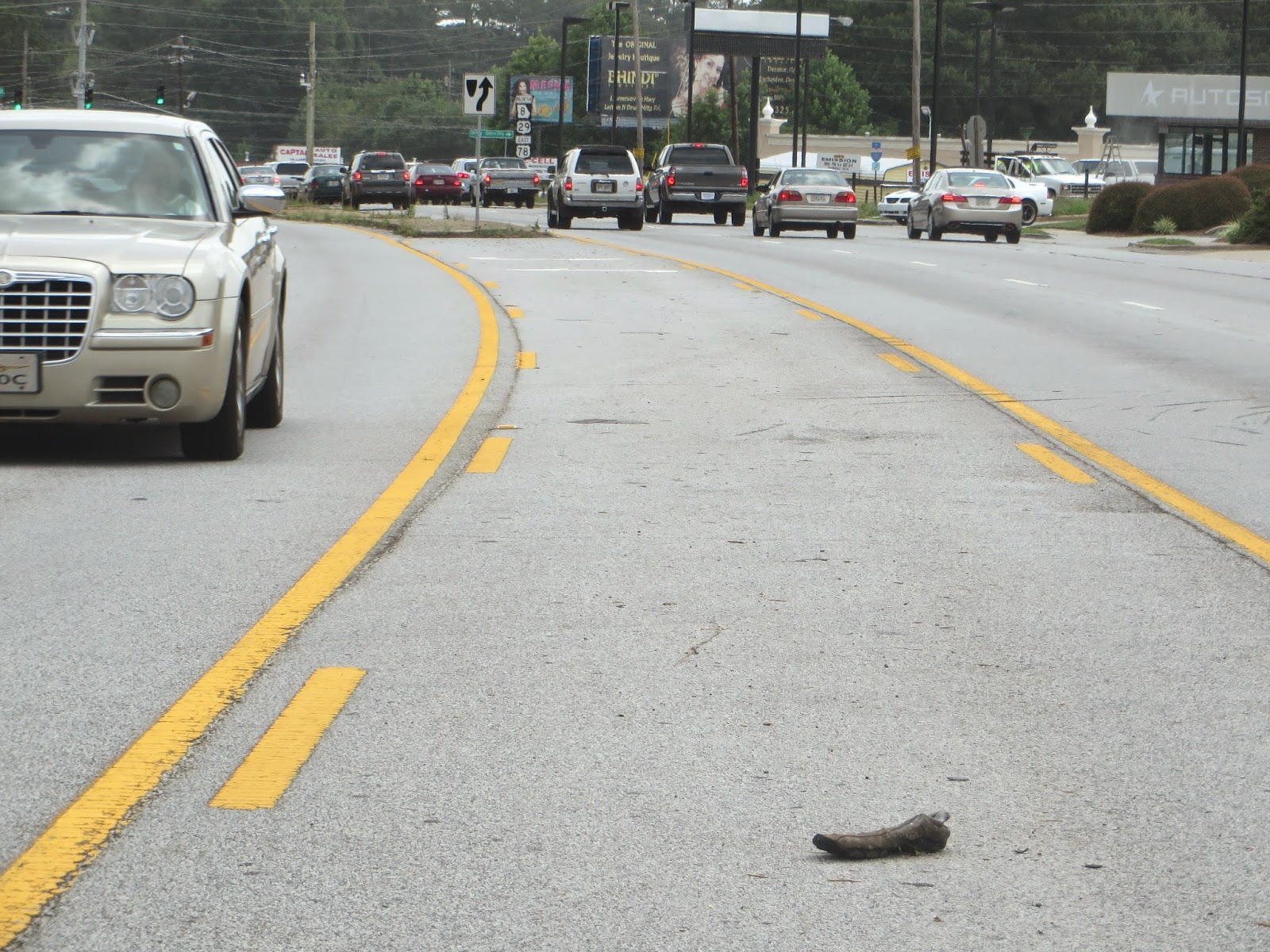